Gaming is for girls: How gaming can empower young women 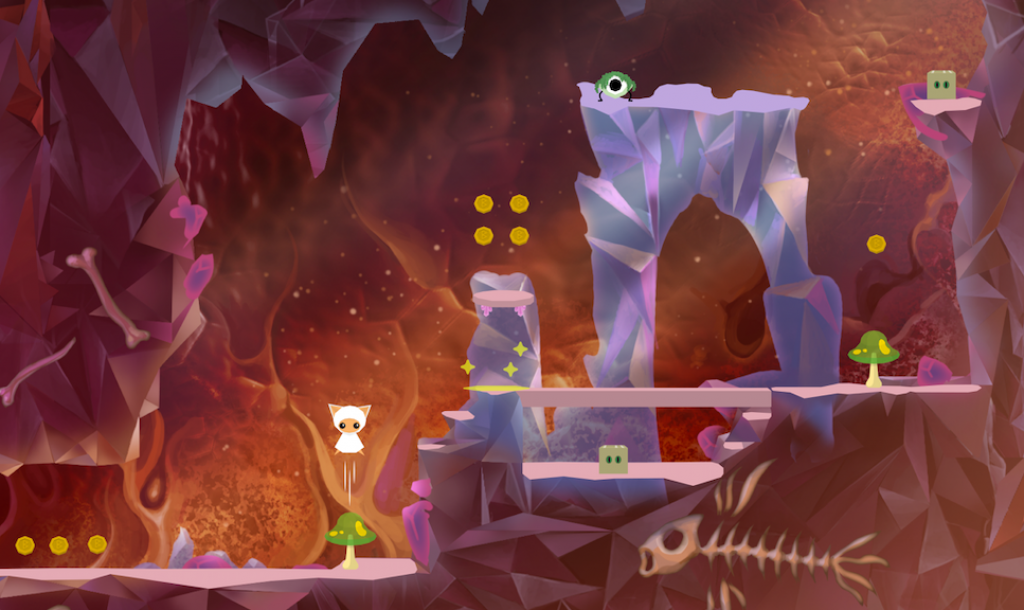 There’s a huge misconception that girls aren’t into gaming, leading many to have a negative perception of coding and making games. So why does this misconception exist, and how can it be tackled?

Concerns over attracting girls into STEM (science, technology, engineering and mathematics) subjects have been voiced for many years. Maths is a boy thing, right? Or is it more likely that society underestimates girls’ ability, which feeds into a continuous loop of female underrepresentation?

When asked how we can encourage girls to take an early interest in the STEM fields, Sheryl Sandberg, the COO of Facebook, advised that we should encourage them to play more video games to pique their interest in computers.

Playing video games develops kids’ spatial skills, which are an important predictor of creative and academic performance. A study by University of Toronto found that exposure to video games can be an important gateway to interest women in science and engineering.

Gaming has so many benefits (that’s why we love it!) — players continually overcome challenges which increases their confidence, and have fun while learning intuitive problem-solving, trial and error, logic, analysis, communication, risk-taking, computational thinking… the list goes on. The world of gaming since the very beginning has attracted people to go on to create their own adventures. And to do so, players need to learn programming, which opens up the gateway between gaming and computer science.

Currently, just 35% of STEM students in higher education in the UK are women.

But why does it matter that young girls develop an interest in tech? Because tech is where the jobs are. Since tech jobs pay well and tech is a rapidly growing industry, a gender gap in computer science ties into the nationwide wage gap — women are missing out. Just last month for instance, Roblox, an online platform for game creators, was valued at $45 billion on its first day of public trading.

You may have heard the oft-quoted statistic that about half (46%) of video gamers are women, highlighting how gaming is an activity enjoyed by both men and women and that old-school notions about what constitutes a “gamer” are being challenged. There’s no doubt that in recent years girl gamers have been on the rise. From 2018 to 2019, British girls aged 5–15 playing games online, grew from 39% to 48%, and continue to climb in numbers during the course of COVID-19 lockdowns.

Yet despite the growing popularity, the stereotype that games are a pastime for teenage boys still persists and is perpetuated by gendered marketing and male-dominated workplaces. Recent efforts, such as the new(ish) UK computing curriculum and the rise in STEM initiatives for girls, have gone some way to tackle the stigma around gaming, but there’s inarguably still a long way to go.

In the face of such a misconception however, the truth is, women have always played games. Back in the 1980s, early video games like Pong were unisex and Ms. Pac-Man launched as the first female hero due to the popularity of Pac-Man among female gamers. Many of the first big games were created by female developers too. Among the stars of early game design were Atari’s Carol Shaw, Centipede creator Donna Bailey, and adventure game pioneer Roberta Williams.

Since then, men have dominated the gaming industry, due to the large numbers of men in STEM careers. Almost all tech founders are male, as are their investors, leading to a natural bias towards creating male-oriented products and marketing, of which coding games are a perfect example. Many have been designed to appeal far more to boys, using robots, battles and Minecraft, and an expansive variety of male role models to teach code education at the exclusion of women.

As it stands, just 24% of game developers are women.

Of course, the misconception that “girls aren’t gamers” is exactly that — a misconception. A 2016 study found that contrary to the stereotype, gender itself does not cause performance differences in gaming, and women advanced at least as fast as men did. In the software development community GitHub, too, women are perceived as worse coders than men. The culture remains that tech is an exclusively male domain, meaning girls are put off gaming and wanting to learn more about coding and creating on the web from a young age. This is massively concerning considering that we know that if children — particularly girls — are not interested in STEM by age 11–12, it is unlikely that they will ever be interested.

A lot of successful developers were inspired to learn to code because they wanted to make their own games — Mark Zuckerberg, Bill Gates, Elon Musk, to name a few. ​ Zuckerberg credits gaming with his break into creating Facebook: “I definitely would not have gotten into programming if I hadn’t played games as a kid.” Likewise, Musk says “I think many of the best software engineers in the world are at, or spent much of their career at, video game houses”, emphasising how problem-solving in gaming transfers over to the foundations for a lucrative career in STEM.

But notice how the tech giants listed above are all male? The issue we’re getting at is that if most of the tech out there is built by and for men, how are young women going to be inspired to learn to code, or get into tech? We’re working on changing exactly that — starting with a coding game designed by women, to inspire more girls to code and create.

Erase All Kittens is a ‘Mario-style’ adventure game where young girls can learn to code in a fun environment, where it’s safe to fail. Quirky characters and mysterious stories play out in a fantasy internet universe, designed to strongly appeal to girls — without pandering to gender stereotypes. Our aim is to eliminate the fear that many girls initially have of coding and empower them with transferable digital skills. Girls aged 8+ can build and fix levels by changing the actual source code, using professional languages, such as HTML.

EAK has been designed to appeal to girls.

We designed EAK after carrying out 18 months of research — speaking with hundreds of students, school-teachers and parents, and discovering that creativity is at the heart of solving this problem. Our approach to coding as less of a ‘maths-like’ subject and more as a language that builds up logical reasoning, critical thinking and creativity, helps young girls to see that coding can be for them and unlock their full potential.

Our unique gameplay blends humorous and quirky interactive dialogue (replacing dry and repetitive instructions, which we found can come across as intimidating to girls starting out coding), instant rewards which boost confidence and build interest, female main characters to inspire role models and combat ‘self-selection bias’, and even fun kitten gifs to enhance positive emotions and stress-relief. In the new more educational and gamified version coming out in July, players will be able to collect illustrated kitten cards, pokemon style.

EAK currently has 170,000 players in over 100 countries. 55% are girls, and 95% of them want to learn more about coding after playing. Through beta-testing, it was found that the game encourages girls to aspire toward a wave of possibilities such as researchers, teachers, team-builders, problem solvers, writers and designers, as well as coders, and there was a much higher level of engagement in computing for both girls and boys.

It’s essential that we attract more women to work in the technology sector.

Only 2.3% of Venture capital investment globally went to female founders in 2020, down from 2.8% in 2019, according to Crunchbase figures. It’s essential that we have more women in technology — including investors — as it will help to remove biases in tech tools, products and services, and research consistently shows that diverse workforces are more innovative.

Children want to play games and doing so can help to reduce gender disparity at all levels. Even if your kids don’t go on to code for a living, an understanding of programming concepts will provide them with 21st century skills which will set them ahead in any career field.

Erase All Kittens​ is a free online game, designed to teach children to code, whilst having fun. It appeals to boys and girls, so if you know any 8–13 year olds who might want to try it, please spread the word! Help us inspire the tech entrepreneurs of the future, whatever their gender.